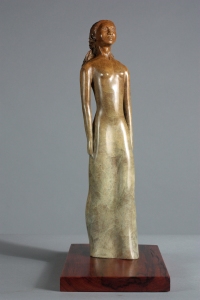 (Seguin) — A local artist has been recognized by one of the most prestigious groups in the nation. Sculptor Marika Bordes was named the recipient of the “Claude Parsons Memorial Award.”

The award was presented by the American Artists Professional League (AAPL) during its 86th Grand National Exhibition. The presentation was made by AAPL President Peter Rossi during the group’s annual meeting and awards reception held at the Salmagundi Club in New York City.

Each year, the non-profit AAPL accepts a number of fine arts for consideration. The application alone, however, is competitive in that not everyone is allowed to participate in the contest.

Bordes, who received the award for her bronze sculpture entitled, “Mandela-Nelle” says she is appreciative to have been extended an award especially since this was her first attempt to enter the contest.

“The American Artist Professional League and the Salmagundi Club are two prestigious organizations and it is difficult to have your art accepted by the American Artist Professional League and have it exhibited at the Salmagundi Club. I was very excited to learn that Mandela-Nelle was accepted into the 86th Grand National Exhibition. I don’t know how many artists submitted applications but entries were from all 50 states as well as internationally,” said Bordes.

Bordes says on top of the national recognition, she is honored to have had her artwork exhibited in the show. She says only 29 sculptures were selected.

“It’s a woman. It’s kind of a girl and it’s an African American and she’s standing kind of walking very proud. She has a lot of pride in herself. That’s how I was picturing her when I was working on the piece,” said Bordes.

Bordes says the accomplishment is indeed one of her finest moments professionally.

“It is truly an honor to receive the Claude Parson’s memorial award particularly because of the professional stature of the judges. Along with the award certificate, the organizations sent an award plaque to affix to the base of the sculpture and a press release announcing that a Seguin artist from Texas is the recipient of the 2014 award and I think this is awesome and it filled me with joy,” said Bordes.

This year, the group highlights the achievements of 298 artists. The AAPL has devoted itself to the cause of fine arts in America since 1928.

Meet the Sculptors and See the Bird Sculptures 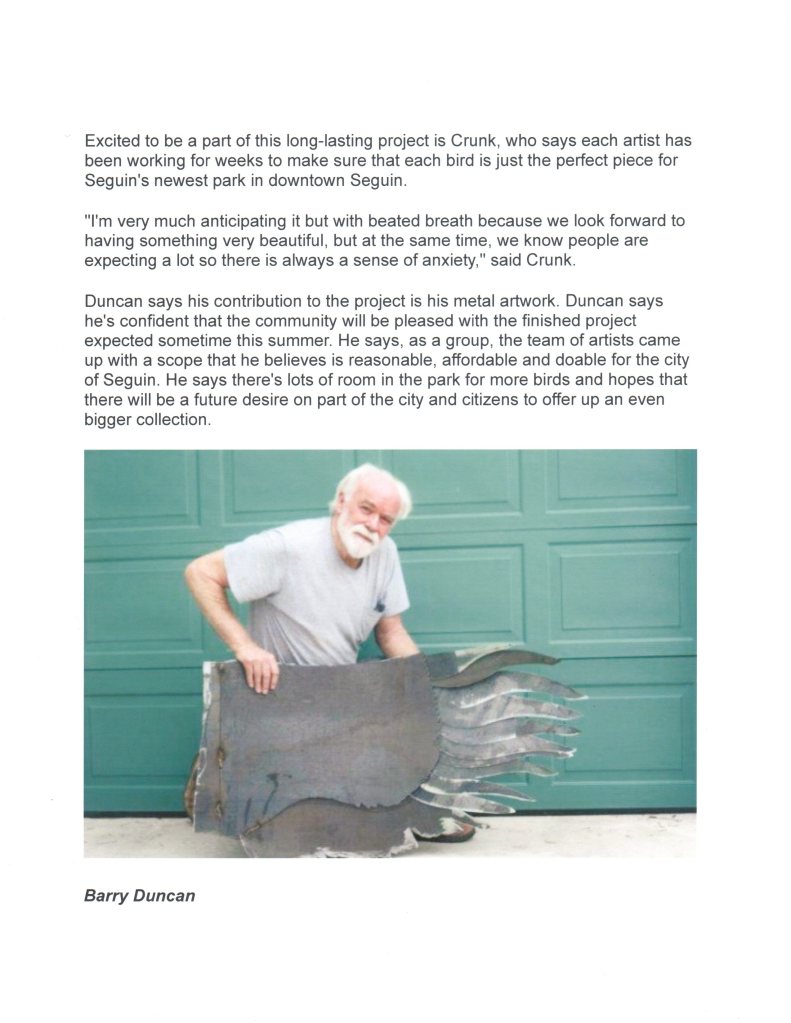